Welcome to the iRead Experience!
​ 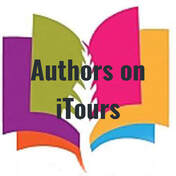 At iRead Book Tours, we are passionate about books and their authors. Every week, stop by to meet one of our authors, who is currently or about to go on tour and one of our bloggers. Or, maybe you can meet a book promotion specialist willing to reveal some special tips about book marketing, publishing, or anything else that happens to be on his or her mind during our podcast. Stop on by! You'll have fun! I guarantee it!

Join us at 12 Noon (EST) on Friday Nov 5 for an interview with author Julia Brewer Daily. We will have a wonderful discussion about her critically acclaimed debut novel NO NAMES TO BE GIVEN, scheduled to go on an audiobook tour with iReads Book Tour launching on Monday, Sept 20 to Oct 8.
Link to NO NAMES TO BE GIVEN tour page: https://www.ireadbooktours.com/blog--...
Meet R.J. Eastwood:

Eva Grayzel is a motivational speaker, storyteller, and cancer survivor. When her children were five and seven years old, she was diagnosed with cancer. Their fear of losing her was deep, real, and suppressed. When she got a second chance at life, she created the Talk4Hope book series to help children understand cancer and make it less scary.
VISIT MC PLAYS HIDE AND SEEK TOUR PAGE
Meet Caitlin Bangsund:

Caitlin Bangsund is the author of Marvellous Macey, The Delightful Days. It is the first in a series based on true life. Caitlin knows the trial and trauma of childhood cancer, childhood disability, and the fear of almost losing her daughter — the star of the series — Macey. She encourages readers to look for the treasures that hide in the rubble and gloom. Life is beautiful chaos and her message is to press on and conquer. Read her stories and help create a world that is full of kindness and acceptance.
Visit Marvellous Macey Tour Page
Meet C.S. McDonald:

For twenty-six years C.S. McDonald’s life whirled around a song and a dance. Classically trained at Pittsburgh Ballet Theater School, The Pittsburgh Dance Alloy, and many others, she became a professional dancer and choreographer. During that time, she choreographed many musicals and an opera for the Pittsburgh Savoyards. In 2011 she retired from her dance career to write. Under her real name, Cindy McDonald, she writes murder-suspense and romantic suspense novels. In 2014 she added the pen name, C.S. McDonald, to write children’s books for her grandchildren. In 2016 she added the Fiona Quinn Mysteries to that expansion. She decided to write the cozy mystery series that everyone, including teens and tweens, can read and enjoy. Presently, the Fiona Quinn Mysteries nine books with a tenth slated for 2021. The books are also available on audio, narrated by Maren Swenson Waxenberg. Cindy’s newest venture is The Owl’s Nest Mysteries. Once again, she has set her cozy mystery in Pittsburgh. The female protagonist, Alexa Owl, is much different from Fiona Quinn. The Owl’s Next Mysteries has a little grit, a little time travel, a little romance, and a whole lot of cozy! Ms. McDonald resides on her Thoroughbred farm known as Fly by Night Stables near Pittsburgh, Pennsylvania, with her husband, Bill, and her poorly behaved Cocker Spaniel, Allister.

Gail Mencini is the acclaimed author of It Happened in Tuscany and To Tuscany with Love, both of which are Denver Post #1 bestsellers and award winners. Gail grew up in DeWitt, Nebraska, graduated from Wartburg College with a BA in Accounting and Economics, and earned a master of taxation degree from the University of Denver. A frequent visitor to Tuscany and a homegrown gourmet cook, Gail has toured Italy by car, train, bus, Vespa, and foot. She lives in Colorado with her husband. 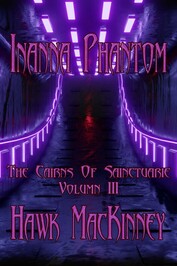 Episode Eight: Interview with Hawk MacKinney, author of The Cairns of Sainctuarie Science Fiction Series
Hawk has authored several works of fiction including a historical  romance Moccasin Trace which was nominated for both the prestigious  Michael Shaara Award for Excellence in Civil War Fiction and the Writers  Notes Book Award. His Cairns of Sainctuarie Science Fiction Series and  his Moccasin Hollow Mystery Series have received national and  international attention.

With postgraduate degrees and faculty positions in several medical  universities, Hawk MacKinney has taught graduate courses in both the  United States and Jerusalem. His professional writing includes articles  on chordate neuroembryology, and aerospace research on muscle metabolic  behavior in multi-orbital environments.
Visit Hawk MacKinney's website to learn more about him and his novels. 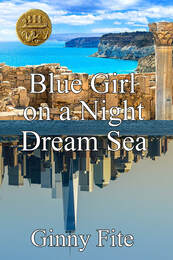 Ginny Fite is an award-winning journalist who has covered crime, politics, government, healthcare, art and all things human. She has been a spokesperson for a governor and a member of Congress, a few colleges and universities, and a robotics R&D company. She has degrees from Rutgers University and Johns Hopkins University and studied at the School for Women Healers and the Maryland Poetry Therapy Institute. Her three murder mysteries, Cromwell’s Folly, No Good Deed Left Undone, and Lying, Cheating, and Occasionally Murder, are set in the rolling hills of Jefferson County, West Virginia. No End of Bad, a thriller, was released in June 2018. She resides in Harpers Ferry, WV. 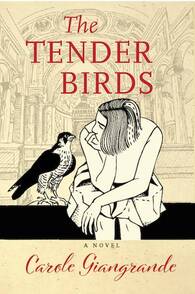 Carole Giangrande is the award-winning author of ten books, including the novella A Gardener on the Moon (winner of the 2010 Ken Klonsky Award) and the novel All That Is Solid Melts Into Air (2018 Independent Publishers Gold Medal for Literary Fiction). The Tender Birds is her fourth novel. She’s worked as a broadcast journalist for CBC Radio (Canada's public broadcaster), and her fiction, poetry, articles and reviews have appeared in literary journals and in Canada’s major newspapers. In her spare time, she loves exploring nature with her partner Brian, photographing birds and studying French. 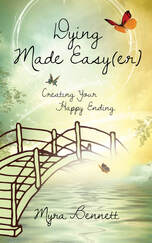 In her book Dying Made Easy(er), Myra Bennett guides readers through the  diverse phases and considerations of the end of life by an experienced  traveler who's spent many hours "as a guest in the sacred place of the  dying." Bennett, a hospice nurse and certified end of life doula, who  has also grappled with death in her personal life, invites us to  contemplate dying from many different angles: legal, social, physical,  psychological, and spiritual. Her Dying Made Easy(er) is both a handbook  of pertinent information and a medley of informed suggestions for us to  consider when experiencing or sharing the phenomenon that is the end of  life. Bennett believes it is imperative that we--as a community--are  aware of how to find help when faced with death and dying. In Dying Made  Easy(er), she provides the resources to address this pressing need.

Bennett, who is the co-founder of Compassionate Crossings in Sacramento,  has seen it all. She's witnessed the dying process unfold in beautiful  ways, with gifts for all involved, and she's seen it devolve into a  series of anguished mishaps that leave the family praying for an early  transition. As there are no opportunities for rehearsals or do-overs,  Bennett is committed to helping us better understand dying as the  last--but not the least--chapter of life, and to helping us dream what  this chapter might look like. In her warm and wise book, we learn how to  turn this dream into a personal reality that will meet not only our  deep-felt needs and desires but also those of our family and loved ones. 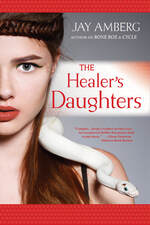 Our guest for this episode of Authors on iTours is Jay Amberg, the author of The Healer's Daughters, currently on tour with iRead Book Tours.
Jay Amberg is the author of twelve books. His latest, The Healer's Daughters is now available from Amika Press. Amberg has also published Bone Box, Cycle, America's Fool, Whale Song, and compiled 52 Poems for Men. Prior to Amika Press, Amberg published thriller novels Doubloon (Forge), Blackbird Singing (Forge) and Deep Gold (Warner Books).
For more information about Jay Amberg and his books, visit his website at www.jayamberg.com. 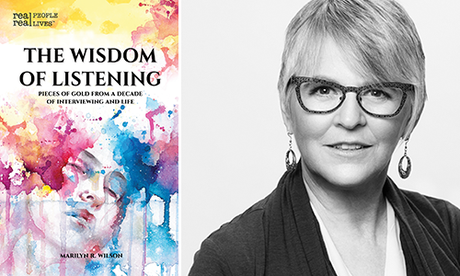 Everyone has a story to tell, it's simply a matter of asking the right questions.  That's Marilyn R. Wilson's motto, which she has proven with her extraordinary books, LIFE OUTSIDE THE BOX and THE WISDOM OF LISTENING.
Marilyn R. Wilson's focus as an author is non-fiction published under the label Real People - Real Lives.  Whether she is sharing the stories of others or passing on what she has learned through interviewing, her books affirm how beautifully diverse life's journey is - there is no one right way to live - and encourage readers to embrace their uniqueness without apology.
In this third podcast of Authors on iTours, Marilyn and I will discuss her extraordinary career that began when she was 50 years old! Marilyn's career as a writer began when she answered a Craigslist ad looking for magazine submissions. When  two were accepted, she was launched into a whole new career that included co-owning and running a magazine and doing freelance articles for others both local and international; conducting over 150 interviewing over people from around the globe; stepping on stage as a speaker; doing social media and author support for her publisher, working on contract with Eco Fashion Week Australia for their first event,  mentoring young talent and publishing two Amazon best sellers - Life Outside the Box (2016) and The Wisdom of Listening (2018).
Visit Olio by Marilyn for more information.
Authors on iTours: Episode 2: Interview with an Audiobook Producer

There's a growing audience of audiobook listeners out there. So authors need to be aware that not only are they writing for potential readers, but also potential "listeners." What goes into producing an audiobook? Do narrators just sit at their kitchen table and read into a microphone? No, more goes into it than that. Audiobook producer Mike Alger talks about how he came about producing his first audiobook and what actually goes into it.